Size750mL Proof80 (40% ABV)
The Glenrothes 10 Year Old is one of the most refreshing drams from the Soleo Collection. Awarded a Double Gold Medal at the 2019 San Francisco World Spirits Competition, it is a perfect introduction to the distillery for those keen to explore its range of award-winning, sherry seasoned whiskies.
Notify me when this product is back in stock. 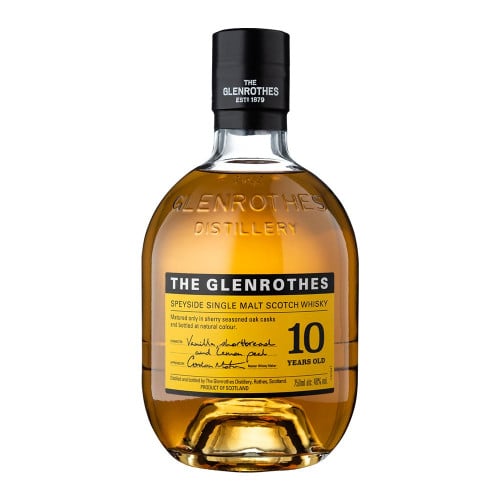 The Glenrothes 10 is the highest-rated 10 Year Old single malt Scotch whisky in the Speyside category. It is one of the most refreshing drams from the Soleo Collection with bright notes of vanilla, shortbread and citrus. Awarded a Double Gold Medal at the 2019 San Francisco World Spirits Competition, it is a perfect introduction to the distillery for those keen to explore its range of award-winning, sherry seasoned whiskies.

Vanilla, shortbread, and a hint of citrus on the nose. The palate is sweet, with lemon peel, and light malt. The finish is lingering sweet and zesty.