This product is available in: DC, IL, MI, NY, WA Unfortunately, we can't ship to PO Boxes and APO addresses.

Size750mL Proof92 (46% ABV)
Distilled in 2008, this whisky was initially aged for approximately 8 years in ex-bourbon casks, before being selected by Dr. Bill Lumsden and transferred into Cognac casks for another 4 years.
Notify me when this product is back in stock.

This product is available in: DC, IL, MI, NY, WA Unfortunately, we can't ship to PO Boxes and APO addresses. 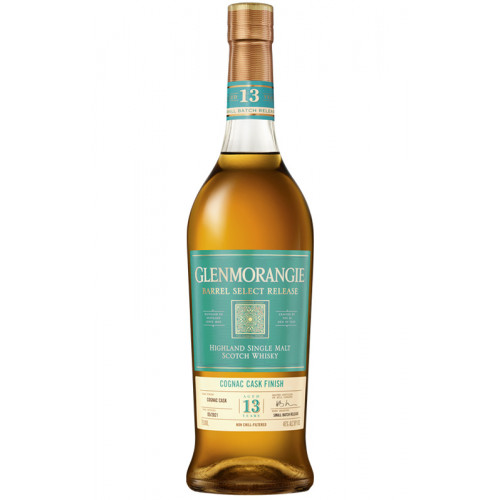 Glenmorangie has several expressions that start their aging in ex-bourbon casks before being finished in more exotic ones. This 13-year-old is one of these. The second release in the Barrel Select Series, this whisky was distilled in 2008, then aged in bourbon casks for approximately 8 years. It was then selected by Dr. Bill Lumsden to be finished in Cognac casks for 4 years. The fruity, rich, and elegant expression is bottled at 92 proof.

The nose opens with toffee, orchard fruit, and orange aromas. The palate is sweet and bright with toffee apple, baked pear, almond, and citrus zest. You'll find clove, star anise, and hints of leather in the background, culminating in a long and elegant finish with a touch of mint.