Size750mL Proof92 (46% ABV)
This whisky’s extremely rich character earned a Gold medal at the World Whiskies Awards in 2014.
Notify me when this product is back in stock. 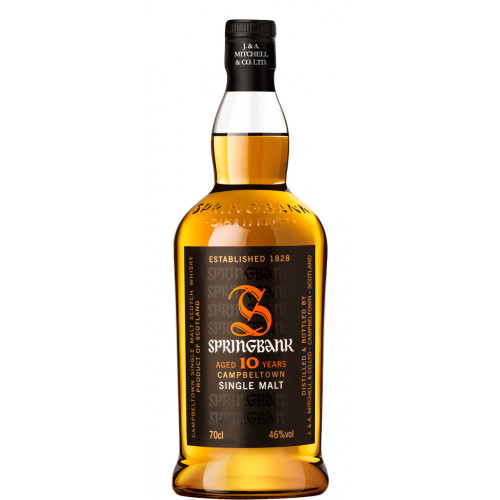 Following distillation, the whisky is aged in used bourbon casks. Since Campbeltown is located on a narrow peninsula, the strong, perennial sea winds, warmed by the gulf stream, add a slight hint of saltiness to the whisky as it ages. A composition of bourbon and sherry casks, this whisky’s extremely rich character earned it a Gold medal at the World Whiskies Awards in 2014.

Oaky on the nose with exotic fruits and sublte brine. The palate is well-rounded and malty with rich notes of peat, nuttiness and smoke. The finish is lingering with peaty notes and oak.