Size750mL Proof80 (40% ABV)
The flagship George Dickel expression is a true classic that is charcoal-filtered for extra smoothness and mellowness, which is achieved by using the Lincoln County Process.
Notify me when this product is back in stock. 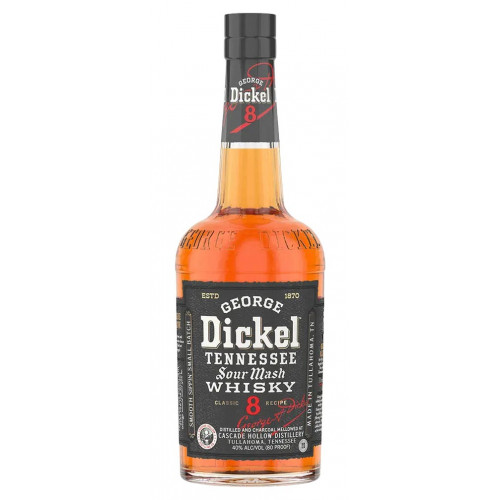 About George Dickel Classic No. 8 Whisky

George Dickel Classic No. 8 Whisky is a classic Tennessee whisky indeed and the brand's flagship. Crafted from a mash bill of 84% corn, 8% rye, and 8% malted barley, it employs the Lincoln County Process, meaning it's filtered through sugar maple charcoal before barreling. It's aged between 4 and 6 years in new charred oak barrels before being bottled at 80 proof.