Size750mL Proof80 (40% ABV)
This expression bridges the gap between Canadian and Houston whiskey in a flavorful expression that is smooth and sweet with a fruity and light profile. 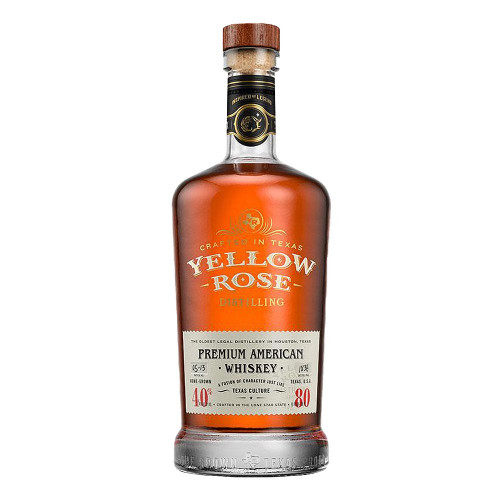 Their first 3 expressions are the Outlaw Bourbon Whiskey, Rye Whiskey, and Premium American Whiskey. The latter is an award-winning spirit that has a distinct sweetness and smoothness. Bottled at 80 proof, it's a blend of their own and sourced whiskeys (no neutral grain spirits!), meaning that it sits somewhere between Canadian and Houston whiskey.

The nose is light and fruity with apple, banana, ciitrus, caramel, and oak aromas. The same banana note is present on the sweet palate, culminating in a medium and smooth finish.