Size750mL Proof90 (45% ABV)
Rebel American Whiskey is a bold twist on a classic American brand. It is crafted from a blend of bourbon and rye, giving it an aroma of rich oak, caramel, leather and red fruits.
Notify me when this product is back in stock. 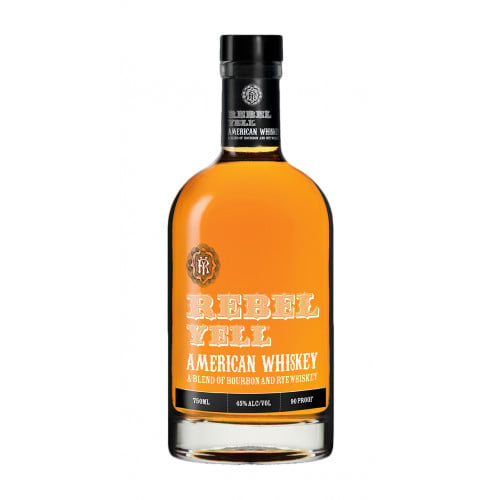 Rebel American Whiskey is crafted from a blend of bourbon and rye whiskeys, giving it an aroma of rich oak, caramel, leather and red fruits. The palate is dense, filled with sweet plums, raspberries, wheat and rye, and leads to a coating finish accented by oak and hints of chocolate.

Rebel American Whiskey is a bold twist on a classic American brand.

Aroma or rich oak, caramel, leather and red fruits. The palate is dense, filled with sweet plums, raspberries, wheat and rye, and leads to a coating finish accented by oak and hints of chocolate.