Size750mL Proof80 (40% ABV)
This expression was born out of Chivas Master Distiller Colin Scott’s trip to Japan, where he chose a blend of whiskies to mature in Japanese Mizunara Oak.
Notify me when this product is back in stock. 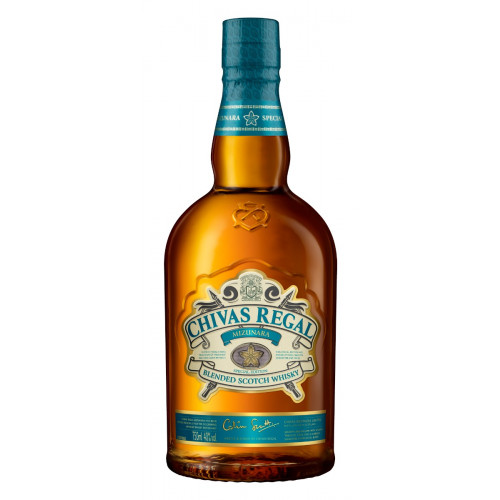 "To first become a Chivas Regal blender, you have to spend time with your master blender and many whiskies to understand our unique style of blending," Scott says. "Each Chivas Brother blender forms part of a chain, which stretches right back to the creation of James and John Chivas' first luxury blended whisky.”

Toffee, cream, and hints of pear on the nose. The palate has flavors of toasted grain , honey, banana, followed by a medium sweet finish, with just a hint of oak.