Learn more
Size750mL Proof86 (43% ABV) *Please note that the ABV of this bottle may vary
This elegant whisky from The Macallan is crafted from whiskies aged in first-fill, sherry-seasoned petite hogshead oak casks. 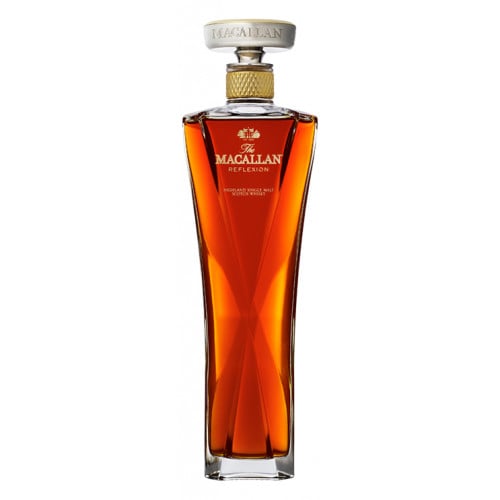 The depth of the color and the complex flavor of Reflexion derive from the exceptional first-fill Sherry-seasoned hogshead casks selected for this distinctive expression by the Master Whisky Maker. Bold and full-bodied, Reflexion is a celebration of floral and vanilla notes, punctuated with fresh apples and apricot. A reflection of the foremost influence of first-fill Sherry-oak casks on The Macallan.

Highly floral aroma, with notes of vanilla, apricot and apples giving way to a palate accented by chocolate oranges and lemon pie. The finish, which has faint hints of new oak, is dry and incredibly smooth.