Learn more
Size750mL Proof101.4 (50.7%) *Please note that the ABV of this bottle may vary
Bottled in celebration of the 20th anniversary of the Ardbeg Committee, this peaty dram employs Pinot Noir casks from New Zealand in its maturation process. This gives the smoky cask-strength whisky additional fruit notes.
Notify me when this product is back in stock. 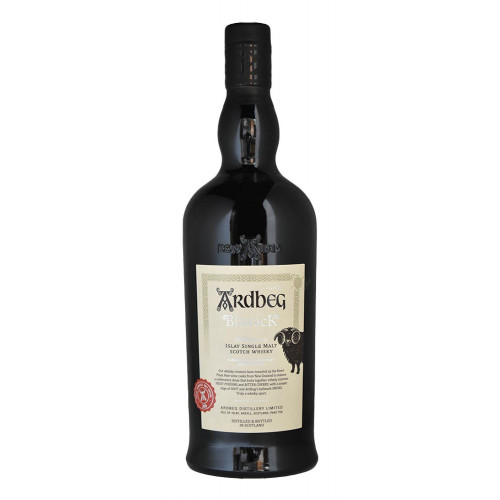 Islay has only 3,000 inhabitants and more than 140 committees, the largest of these being the Ardbeg Committee. With over 120,000 global members, the Ardbeg Committee serves the common purpose of celebrating Ardbeg whisky. Blaaack celebrates the 20th anniversary of the Committee, employing Pinot Noir barrels from New Zealand in its maturation process. It's bottled at a cask strength of 101.4 proof.

Grab your bottle of this peaty whisky today!

The nose opens with fruit pudding, cedar wood, and tobacco aromas, followed by oak tannins, truffles, cherry, citrus, and peat. The palate is complex with aniseed, soot, cherry, strawberry, apricot, and pear, along with deep chocolate, coffee, and almond notes. The finish is long and smoky.