Size750mL Proof92 (46% ABV)
Writers’ Tears Double Oak is a collaboration between the Walsh family and the Legaret family — the French producers of Deau Cognac.

NOTE: Writers' Tears has recently changed their labels, and as the original labels are being phased out, there is still a chance that you might receive a bottle different than what is pictured. But rest assured, the liquid remains the same, regardless of the label. 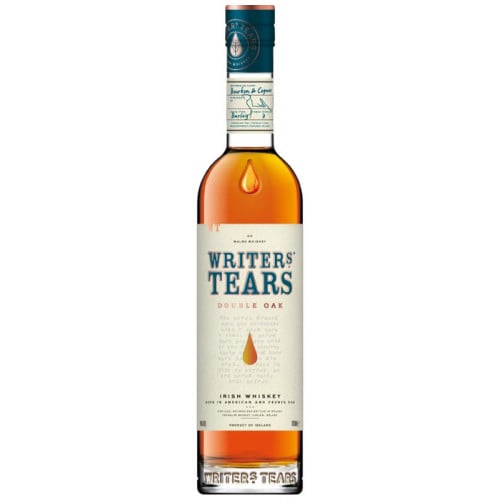 The picturesque Walsh Whiskey marks the return of Whiskey distilling to County Carlow for the first time in over 200 years. With its three specially crafted imported pot stills built in the legendary Scottish Forsyths and two, forty plate column stills. They are the only independent Irish Whiskey distillery to produce the three styles of Irish Whiskey pot still, malt, and grain under one roof, in one still room. Walsh Whiskey has the capacity to produce 650,000 cases of Whiskey per annum.

This Irish whiskey is a collaboration between the Walsh family and the Legaret family — French producers of Deau Cognac. Writers’ Tears Double Oak, is a blend of the two premium whiskey styles aged in two types of wood – American and French Oak. It is triple-distilled, non-chill filtered and bottled at 46% ABV.

Dashes of sweet vanilla, notes of cinnamon, plum & poached pear. On the palate are notes of pressed grapes and citrus zest. The finish has chocolate undertones and lingering spice.