Size750mL Proof92 (46% ABV)
Aged for a decade in seasoned oak and finished in madeira casks, this Irish Whiskey has earned many accolades. 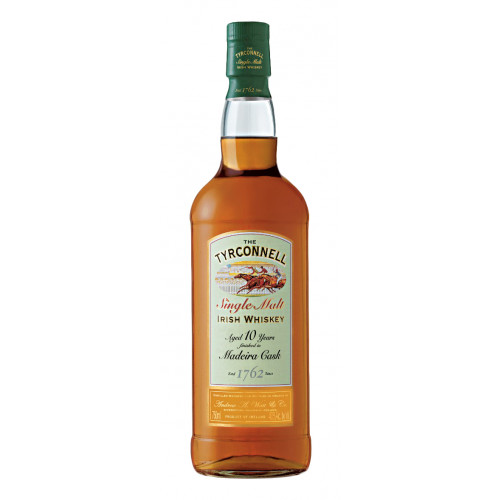 The Tyrconnell Madeira Cask Finish Whiskey is finished in used madeira casks (madeira is a type of fortified Portuguese wine). The madeira casks add notes of sweet toffee, citrus and honey to the whiskey, and complement its notes of vanilla and caramel. The Tyrconnell Madeira Cask Finish Whiskey earned an astounding 98 points from the Beverage Testing Institute, which also gave it the Platinum Medal, calling it simply "superlative." The whiskey also earned the Gold Medal at the San Francisco World Spirits Competition in 2012.

Notes of sweet toffee, citrus and honey, which are complemented by notes of vanilla and caramel. The finish is soft and lingering, with hints of butterscotch and nutty dough.