Size750mL Proof128.2 (64.1% ABV)
A fan favorite and the only wheated bourbon from the Buffalo Trace Antique Collection, this expression is bottled at 128.2 proof. Aged over 12 years, it's uncut, unfiltered, and packed with notes of dark fruit, caramel, and oak.
Notify me when this product is back in stock. 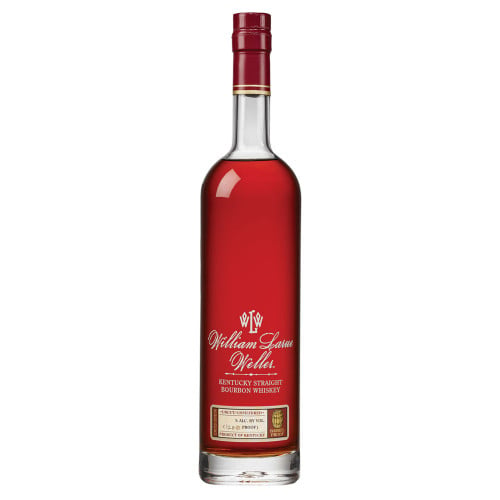 Established in 1775 and situated in Frankfort Kentucky, Buffalo Trace is one of the few American distilleries that continued its operations through Prohibition, after receiving a permit to bottle medicinal whiskey when the 18th Amendment came into effect in 1920. They were permitted to produce new whiskey from 1930 to 1933. As a result, George T. Stagg Distillery, as the company was named at the time, was one of only four Kentucky distilleries that were capable of producing whiskey after Prohibition ended. The distillery changed several hands through more than two centuries, and the owners included Colonel Edmund Haynes Taylor Jr., who earned himself the title "the father of the modern bourbon industry".

The oldest continually operating distillery in the United States includes the rich legacies of master distillers such as E. H. Taylor Jr., Albert B. Blanton, Orville Schupp, and Elmer T. Lee as well. To this day it remains family-owned, operating on the same 130 acres of land adjacent to the Kentucky River as it has for over 200 years. Similarly, the distillery’s flagship bourbon has been made using the same process for over 2 centuries. Now part of the Sazerac family, the distillery has remained dedicated to a single craft: the making of fine bourbon whiskey, bringing together tradition and innovation in the process.

Upon his return to Kentucky following the Mexican-American war, William Larue Weller joined the family business and began working at his grandfather's distillery. Weller had a sharp palate and a keen sense for business and in 1849, he introduced the first bourbon ever that used wheat as its secondary grain instead of rye. Wheated bourbons (including Pappy Van Winkle and Larceny Bourbon, which eventually imitated W.L. Weller's mash bill) have a softer and more gentle flavor profile as compared to bourbons that use rye as their secondary grain, and have a slightly sweeter taste.

The William Larue Weller Kentucky Straight Bourbon Whiskey does just that ― instead of rye grain, it uses wheat in its recipe according to the bourbon style that Weller pioneered. It's uncut, unfiltered, and bottled by hand at barrel proof. The 2017 release of this expression is bottled at 128.2 proof and was distilled in 2005, then aged in new #4 char white oak. The whiskey from the Buffalo Trace Antique Collection was aged for more than 12 years before the 155 barrels were released.

Grab one of these rare and desirable bottles today!

Rich caramel, vanilla, spice, and cherry aromas lead the charge on the inviting nose. There's a distinct sweetness on the palate with toffee, marshmallow, dark fruit, and orange zest, along with a touch of leather, black pepper, and cinnamon. The fruity sweetness lingers on the finish.