Size750mL Proof86 (43% ABV)
This triple-distilled Irish whiskey is first aged in ex-bourbon and ex-sherry barrels before being finished in first-fill Demerara rum barrels, imparting the spirit with sweet tropical notes.
Notify me when this product is back in stock. 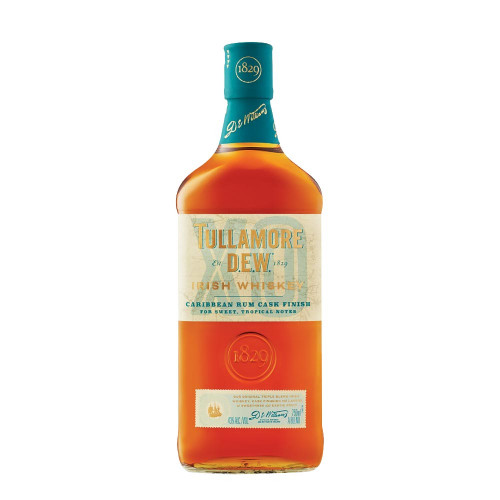 This expression starts with Tullamore Dew triple blend Irish whiskey. The triple-distilled whiskey has single malt, single grain, as well as single pot-still components and is matured in ex-bourbon and ex-sherry barrels. Afterward, it is finished in first-fill rum barrels that used to hold Demerara rum from Guyana. This imparts the XO Caribbean Rum Cask Finish expression with a layer of sweet tropical fruit notes.

Grab a bottle of this rum-cask-finished Irish whiskey today!

The nose opens with sweet and fruity notes ranging from caramel to banana and raisins, as well as a touch of spice. Its sweet, rich, and spicy palate has notes of banana, vanilla, dates, and fruit. The sweetness and spice linger through the finish with gentle oak notes.