Be the first to review this product
Made in the traditional Irish way, this single pot still was matured in ex-bourbon and sherry casks and bottled at 88.6 proof.
$34.99
Add to Wish List

Single pot still expressions are similar to single malt expressions – the difference is single pot still whiskey includes malted and unmalted barley in its mash bill as opposed to single malt whiskey. Made from barley that’s distilled in copper stills in a traditional way, The Busker Single Pot Still has a typical Irish character. Matured in ex-bourbon and sherry casks and bottled at 88.6 proof, the nose opens up with a rich and complex profile with notes of fresh flowers, oak, fudge and honey. The palate is spicy and peppery balanced with toffee notes and rounded up with a long, warm finish. A beautiful example of an Irish single pot still whiskey to enjoy neat or on the rocks.

A rich, malty and complex nose with notes of fresh flowers, oak, fudge, honey and clove oil. A spicy and peppery palate balanced with toffee notes. The finish is long, warm and rich with a touch of spice. 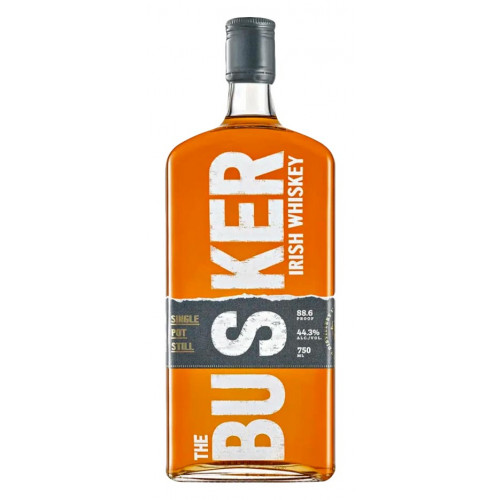