Learn more
Size750mL Proof80 (40% ABV) *Please note that the ABV of this bottle may vary
Only 355 bottles of this single malt, which was aged for up to 73 years, were imported into the United States.
Notify me when this product is back in stock. 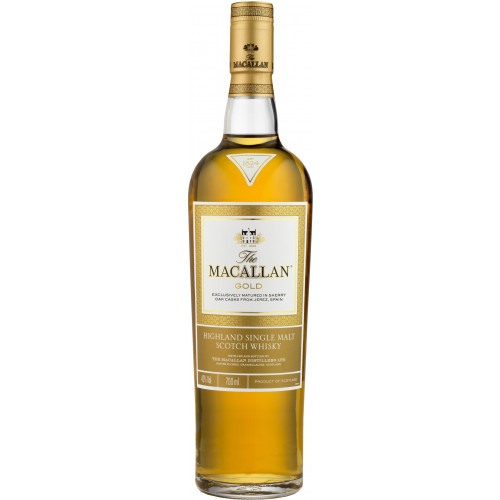 The Macallan M Single Malt Scotch Whisky was crafted from a marriage of seven unique casks of Macallan, each of which was personally selected by Macallan's Master Whisky Maker after more than two years of searching through the Macallan's vast cellars of over 195,000 barrels. Each cask (the oldest whisky was distilled in 1940) was previously used to mature Oloroso sherry.

As a result, the whisky as a deep copper color, along with an aroma of dried fruits, vanilla, green apples, cinnamon, nutmeg and ginger. Rich, viscous wood spices dominate the palate, and are complemented by undertones of leather, cedar and violets. The finish is gorgeous and lush, with a touch of fresh tobacco.

Only 355 bottles were produced for the United States. Pick one up today!

Deep copper color,. Aroma of dried fruits, vanilla, green apples, cinnamon, nutmeg and ginger. Rich, viscous wood spices dominate the palate, and are complemented by undertones of leather, cedar and violets. Finish is gorgeous and lush, with a touch of fresh tobacco.