Size750mL Proof92 (46% ABV)
This GlenAllachie 12-year-old, is the heart of their range, a landmark bottling, selected and bottled under the careful eye of Master Distiller Billy Walker. 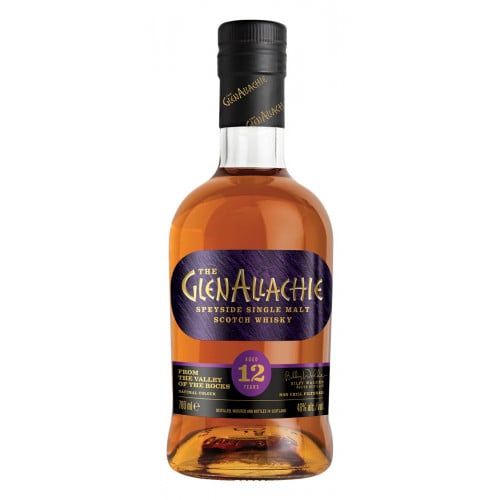 Using a vast amount of aged stock that was obtained along with the distillery, dating back as far as the 1970’s GlenAllachie Master Distiller Billy Walker has masterfully created a signature single malt. The most important release in the history of The GlenAllachie Distillers Company; GlenAllachie 12 Year Old, is the heart of their range, a landmark bottling, selected and bottled under the careful eye of Master Distiller Billy Walker. Earning a Gold medal at the 2019 San Francisco World Spirits Competition, this 12 year showcases whisky matured in Pedro Ximénez sherry, oloroso sherry, and virgin oak casks.