$177.99
Caskers Rewards members earn up to 8 store points back when buying this bottle.

This product is available in: DC, IL, RI, TX Unfortunately, we can't ship to PO Boxes and APO addresses.

Size750mL Proof105.8 (52.9% ABV)
This perfectly balanced expression of The Macallan's Classic Cut single malt is the stunningly balanced third entry in the annual limited edition series.
Notify me when this product is back in stock.

This product is available in: DC, IL, RI, TX Unfortunately, we can't ship to PO Boxes and APO addresses.

Caskers Rewards Caskers Rewards members earn up to 8 store points back when buying this bottle. Learn more
Out of stock
Skip to the end of the images gallery 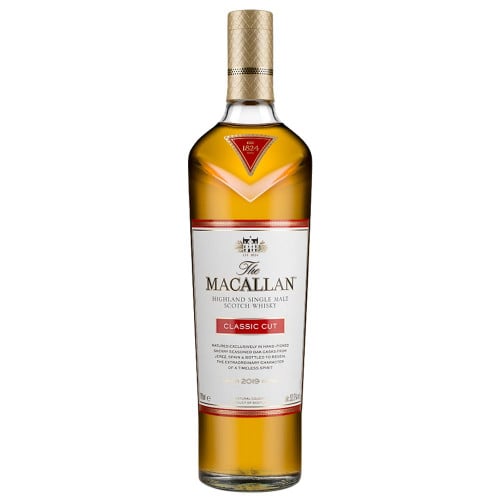 The Macallan Classic Cut 2019 is the third entry into the annual limited edition series. This single malt's relatively high ABV of 52.9% has been hand-chosen by whisky maker Polly Logan as the perfect strength to showcase its sweetness and overall perfect balance. It's matured in oak sherry-seasoned casks from Jerez, Spain. To bring out the optimal aromas, let the pour breathe for 10 minutes. Afterwards you can expect a rich and complex flavor profile and a creamy mouthfeel with notes ranging from orange zest to vanilla and ginger, ending in a sumptuous medium-long finish.

Expect a complex flavor profile with notes ranging from orange zest to vanilla and ginger, ending in a pleasant medium-long finish.