Learn more
Size750mL Proof123.4 (61.7% ABV) *Please note that the ABV of this bottle may vary
A special release, this expression is crafted with Octomore Islay barley is a "single field, single vintage single malt". Crafted with barley that was planted a mere 2 miles from the distillery, it's aged 5 years for a surprisingly delicate, floral, and fruity character where the peat smoke never gets in the way of its complexity.

Have a private virtual tasting masterclass with Head Distiller Adam Hannett, the master behind the legendary Bruichladdich series. Register for Bruichladdich masterclasses here!
Notify me when this product is back in stock.

This product is available in: MI, NV Unfortunately, we can't ship to PO Boxes and APO addresses. 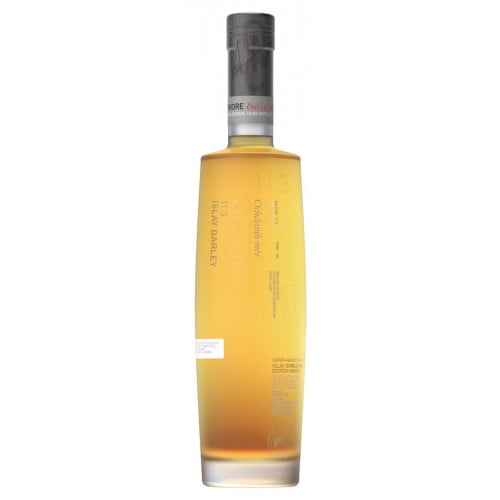 Both Octomore 11.1 and 11.3 are malted to an extremely high 100+ PPM. What sets them apart is the barley character from different regions. The 11.3 was distilled in 2014 from 100% Octomore Farm concerto barley and bottled in 2019 at 123.4 proof without chill filtering or added coloring. This barley was grown by farmer James Brown just 2 miles from the distillery, where the specific climatic conditions result in a unique tasting grain that differs from its mainland counterparts. "The depth of flavour here is intense, with a huge malty character to the fore. The character of the spirit is floral and fruity on the nose, and on the palate, the first sensation is of barley flour sweetness and smoked orange peel," says Hannett of the expression that has spent 5 years in first-fill American whiskey casks and is limited to 18,000 bottles.

The nose opens bright with floral, citrus, honey, and vanilla notes. The peat smoke is ever present in the background without being overpowering. Honey sweetness is on the palate along with fruit, apricot jam, and orange blossoms, the smoke providing a backdrop once again, inching its way towards the foreground during the long and complex finish.