Size750mL Proof80 (40% ABV)
This exquisite Fine Oak Series is a lighter take on The Macallan. Matured for 10 years in a balance of Bourbon & Sherry Oak casks.
Notify me when this product is back in stock. 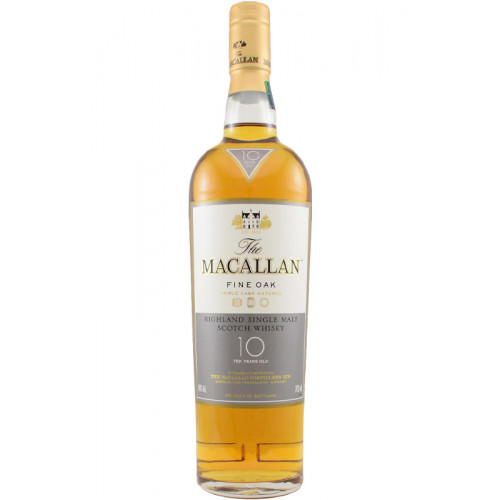 Following distillation, The Macallan distillers remove the heads and tails of the whisky and collect approximately 16% of the spirit to fill into casks for maturation. This “cut," which is among the highest of any Scottish distillery, results in a more full-bodied, rich whisky.

This exquisite Fine Oak Series is a lighter take on the Macallan. Matured for 10 years in a balance of Bourbon & Sherry Oak casks.