Size750mL Proof97 (48.5% ABV)
This single malt is the oldest expression in Talisker's core lineup. It has spent its 3 decades in a combination of ex-bourbon and ex-sherry casks. Bottled at 91.6 proof, it's a mature, complex, and nuanced whisky. 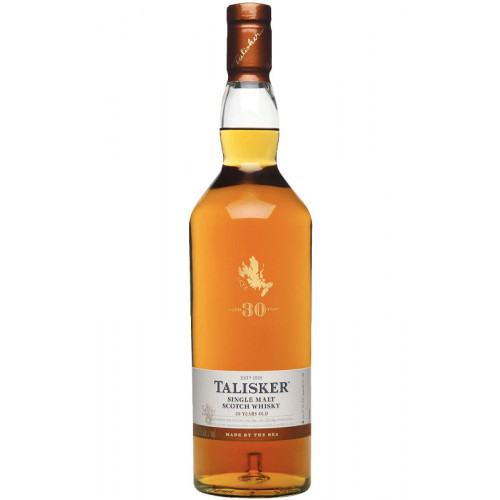 Talisker 30 is the oldest single malt in their core lineup. Released annually in limited quantities, the whisky has spent its 3 decades in a combination of ex-bourbon and ex-sherry casks, resulting in a wonderfully mature, complex, and nuanced expression that's bottled at 91.6 proof.

Grab a bottle of this 30-year-old single malt today!

The nose is inviting and rich with floral, dark fruit, and earthy peat aromas. The palate is gently sweet with caramel, vanilla, fruit, spice, sea spray, and peat. The finish is oaky and spicy with lingering baking spice and peat notes.