Learn more
Size750mL Proof86 (43% ABV) *Please note that the ABV of this bottle may vary
This vintage single malt received the 2017 Gold medal for "Best Single Malt Scotch (Highlands)” at the IWC, and a Double Gold Medal at the San Francisco World Spirits Competition.
Notify me when this product is back in stock. 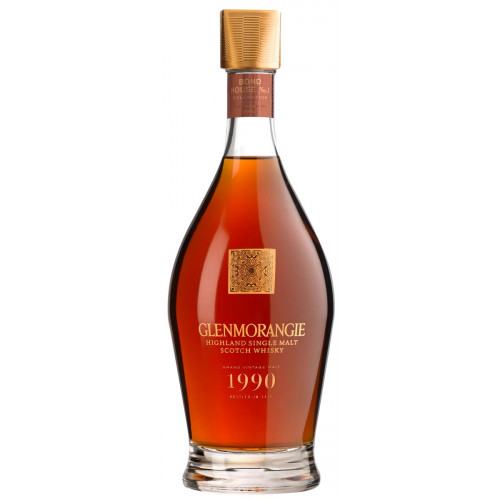 The Glenmorangie Grand Vintage Malt 1990 is an exclusive addition to the Glenmorangie vintage collection. This single malt is meticulously matured for a quarter century in the finest ex-bourbon and ex-sherry casks. "This sublime whisky exhibits an extraordinary mellow, rounded character with heady floral and fruity note" (producer). Glenmorangie Scotch Single Malt 1990 Grand Vintage received the 2017 Gold medal for "Best Single Malt Scotch (Highlands)" at the IWC, and a Double Gold Medal at the San Francisco World Spirits Competition.