$44.99
Caskers Rewards members earn up to 2 store points back when buying this bottle.

Size750mL Proof80 (40% ABV)
Distilled from sugarcane molasses and aged for two years in bourbon barrels. The rum gets its final beauty rest in recently emptied Taconic Distillery’s Founder Rye Whiskey barrels. Rye barrels impart a gentle subtle notes of tall summer grass balancing out the rum’s malty sweetness.
Notify me when this product is back in stock. 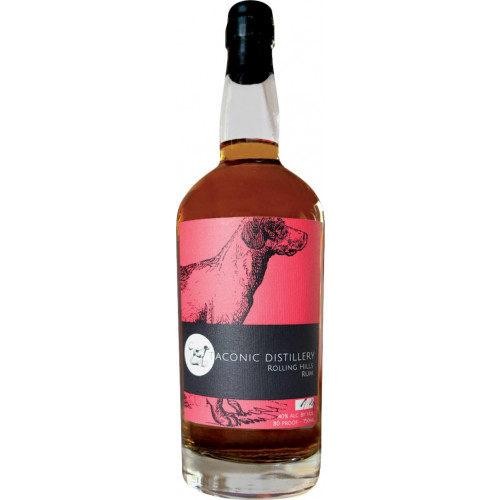 Taconic Distillery’s Rolling Hills Rum is distilled from sugarcane molasses and aged for two years in bourbon barrels. The rum gets its final beauty rest in recently emptied Taconic Distillery’s Founder Rye Whiskey barrels, finishing for a few months in them. The sugarcane elixir is then cut to 80 proof with fresh spring water from the Taconic farm. A truly succulent whiskey with rich vanilla and caramel notes.

Pick up a bottle of this unique rum today!

The aroma is light on the nose, with caramel spice with hints of bourbon and rye. On the palate is rich vanilla and caramel, giving way to notes of toasted nutmeg and cinnamon the finish is warm, with mildly sweet lingering notes of baking spices.