Size750mL Proof80 (40% ABV)
Distilled from 100% US Virgin Islands molasses in California, this craft dark rum was matured using the Bespoken ACTivation Process. The tropical rum won a Gold Medal at the San Francisco World Spirits Competition in 2020 and 2022.
Notify me when this product is back in stock. 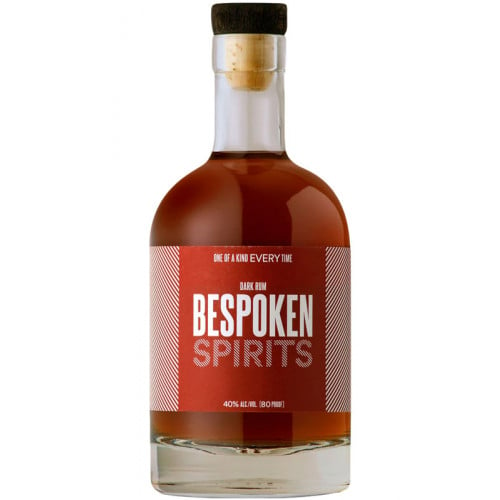 While Bespoken Spirits are best known for their whiskeys, their Dark Rum is proof that their handcrafted maturation process lends itself well to other craft spirits as well. Distilled at Surf City Still Works in California from 100% molasses sourced from the US Virgin Islands, the expression was matured using the Bespoken ACTivation Process, then bottled at the Treasure Island Distillery at 80 proof without chill-filtration. The bottle features a natural cork. Look for notes of banana, caramel, coconut, pineapple, and vanilla in this tropical and pleasantly sweet dark rum. The expression won a Gold Medal at both the 2020 and the 2022 editions of the San Francisco World Spirits Competition.

Get your bottle of this craft dark rum today!

Based in Silicon Valley, co-founders Stu Aaron and Martin Janousek seek perfection in spirits through technology. They have launched their own brand of spirits, as well as offering their proprietary maturation process as a service to distillers. Time is an essential component of whiskey creation. Is the technology finally there to streamline the painstakingly slow maturation process? That is the question that the team of scientists and entrepreneurs at Bespoken Spirits have been asking themselves since before the company's inception in 2018.

Their answer is the proprietary ACTivation technology, where ACT stands for "aroma, color, and taste." It enables them to extract the three components from barrels with "precision, control, and speed," then mature the spirit in days instead of years. The natural and sustainable process allows for the profile of a spirit to be precisely tailored with many other benefits: "97% less wood consumption, 20% more spirit yield (no angels share), and most importantly, award winning tastes." Their own portfolio indeed consists of several award-winning expressions of whiskey as well as a dark rum.
Explore all Bespoken Spirits bottles >>

The rum is a golden-brown color with a tropical nose of banana, pineapple, mango, coconut, spice, caramel, and vanilla. Look for cocoa, cider, spice, and zesty lemon notes on the palate. The finish is long and tropical.