Learn more
Size750mL Proof80 Proof (40% ABV) *Please note that the ABV of this bottle may vary
Aged for a minimum of two years, this rum earned the Silver Medal at the 2012 International Review of Spirits Competition.
Notify me when this product is back in stock. 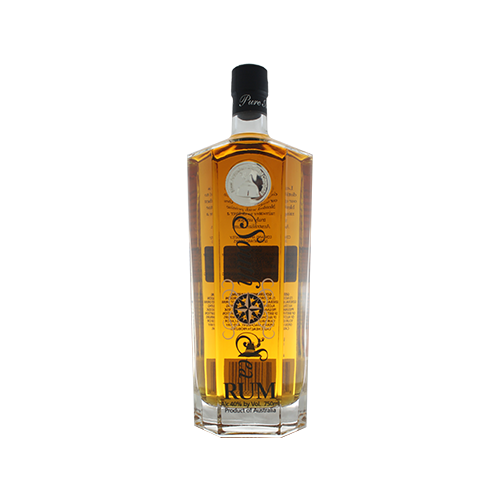 Sugarcane traces its history back to the Indus Valley, where it was originally cultivated nearly 5,000 years ago. In the late fifteenth century, Christopher Columbus introduced sugarcane to the Caribbean, planting it on the island of Hispaniola (presently, the Dominican Republic and Haiti). Sugarcane quickly became the staple crop of the Caribbean islands, where it was harvested and refined before being exported to Western Europe and New England. Molasses, the byproduct of refining cane sugar, was used by Caribbean farmers to distill rum, which was sold to the many ships that sailed through the islands.

During the Napoleonic Wars, the British Navy enforced a blockade against France, resulting in a plunge in the demand for Caribbean sugar. As farmers in the Caribbean began stockpiling the excess sugarcane they had harvested, distilleries throughout the Caribbean began turning to fresh sugarcane rather than molasses in order to produce rum. These rums became known as agricultural rhums or "rhum agricoles."

South Sea Rum is a rhum agricole crafted from hand-selected, fresh sugarcane grown in Australia. Sugarcane is best-grown in tropical environments that suffer from intense heat and abundant rainfall — Australia's unique climate and geography has made it one of the world's ten largest sugarcane producers.

Since sugarcane is unrefined, it carries a certain amount of terroir and is prone to oxidation. As a result, Geoff Barrymore and Andrew Nye, West Australia Distilling Company's founders, quickly ferment the mash produced from the first pressings of their Queensland sugarcane as soon as it is harvested. "Our sugarcane is made right here," says Barrymore, "nourished by the pure, unadulterated waters of Australia and this beautiful, natural environment."

After fermenting the mash, Barrymore and Nye distill the wash twice — first through a copper-pot still and second, through a rectification column. After distillation, South Sea Rum is aged in charred, American oak barrels before resting in used bourbon casks. After a two-year slumber in the casks, the rum is brought to proof with pristine water from Australia's tropical forests, before each bottle is filled by hand.

Amber in color, South Sea Rum has notes of vanilla, caramel and honey with a hint of smoke and spiciness that earned it the Silver Medal at the 2012 International Review of Spirits Competition.

Well-balanced. Initial notes of smoke and mesquite balance out the flavors of caramel, vanilla and honey.