Size750mL Proof111 (55.5% ABV)
This blend consists of a 6YO Salvadorean rum as well as aged and unaged Jamaican rum. Its perfect balance of tropical fruit, dry, and earthy notes brought it a Gold Medal at the 2020 San Francisco World Spirits Competition.
Notify me when this product is back in stock. 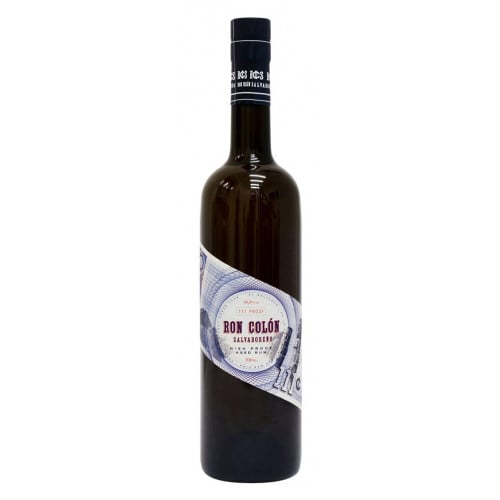 Ron Colon was founded by two friends ― Thurman Wise and Pepijn Janssens ― after becoming enamored with El Salvador during a trip they took in 2018 to Latin America. The brand was named after El Salvador's former currency Colón, which in turn got its name from the discoverer of America, Christopher Columbus (Cristóbal Colón in Spanish). The brand soon expanded and the duo became a crew of 6 passionate individuals that is based in Los Angeles.

Both founders worked as bartenders and were fascinated by the country's sugar cane and coffee, both some of the highest quality in the world. They instantly began thinking about ways to combine them with rum, which is how Ron Colon Salvadoreno Coffee Infused Rum came to be. They partnered with Jags Heads Coffee farms and the Licorera Cihuatán distillery to create a unique dry and fruity coffee rum, as well as an aged rum expression.

The rum is a blend of 70% 6-year-old column-still Salvadorean rum, 15% unaged Jamaican pot-still rum, and 15% 3-year-old Jamaican rum. It's made with local sugar cane and aged in white oak ex-bourbon barrels. The Salvadorean rum is produced at the Licorera Cihuatán distillery under the watchful eye of blender and Master Distiller Gabriella Ayala. First, the sugar cane is milled using a 100-year-old mill, then the molasses ferment for 36 hours before they are distilled. The rum is then aged with a high yearly angel's share of 8%. The Salvadorean rum brings fruity and tropical notes to the profile, while the Jamaican rums bring an earthiness and warmth for a perfect balance.

The nose is fruity with tropical notes, banana, and pineapple, as well as raisin and prune notes. The palate is equally tropical with additional caramel, creamy chocolate, roasted almond, and dried apricot. Finishes dry and slightly warming.