Size750mL Proof90.4 (45.2% ABV)
This craft rum is blended from 4 rums aged 12 to 14 years in El Salvador. The limited-edition expression features hand-numbered bottles and a taste profile that is meant to invoke the aromas of the Mayan Sahumerio ritual. 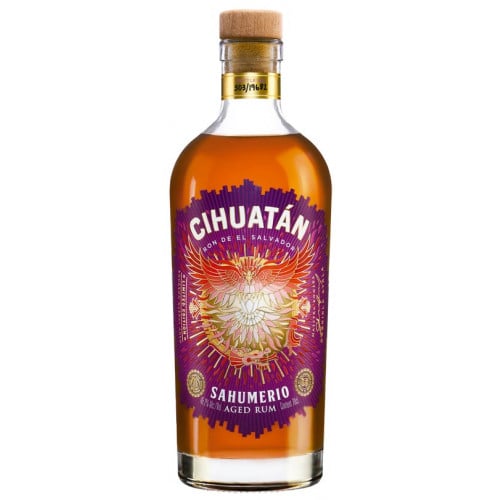 With the Mayan legends serving as inspiration, each of their rums pays tribute to a different god or spirit. The Sahumerio is a limited-edition blend of 4 rums that have spent between 12 and 14 years in ex-Bourbon casks. It's the blend itself that is directly connected to spirituality ― each of the aromas is meant to invoke the smells of the Sahumerio ritual. The ritual involves burning treats in order for the Mayan goddess Chantico to grant the home with love, unity, friendship, and protection. Bottled at 90.4 proof and numbered by hand, it's a rich and complex sipping rum.

Dried fruit, incense, myrtle, cocoa, and floral aromas are present on the nose. The palate is sweet with honey, dried fruit, cocoa, nuttiness, and a touch of smoke. The rich palate culminates in a satisfyingly long finish.