Learn more
Size750mL Proof90 (45% ABV) *Please note that the ABV of this bottle may vary
Distilled in the Caribbean and matured in Scotland, only 648 bottles of this rum were ever produced.
Notify me when this product is back in stock. 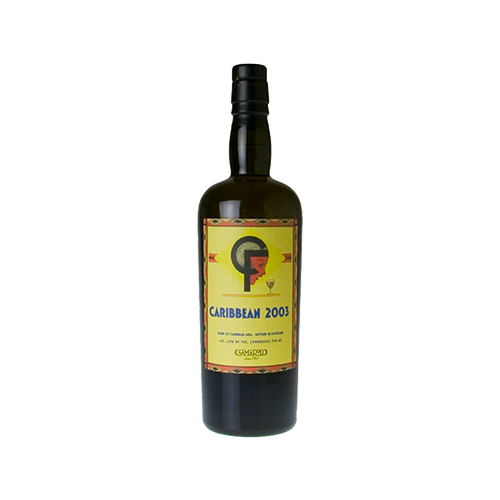 Born in Bologna, Italy, just over 70 years ago, Silvano Samaroli has been hand-selecting and bottling the world's finest whiskies since 1968. When he began his career, Samaroli was the only non-British independent bottler in the world. Today, bottlers such as Compass Box Whisky Co. and Gordon & MacPhail have joined Samaroli in blending casks of Scotch to produce a whisky greater than the sum of its parts.

After spending years studying and bottling Scotch whisky, "I fell in love with rum," says Samaroli, who spent over a decade studying the production of rum and refining his palette. Samaroli became an expert in the production and maturation of rum, and began focusing his studies on rum produced in the Caribbean. "Maturation is much faster in tropical areas," he says, noting that rums aged for long periods of time in the Caribbean often lose their original flavors. "Many great rums from ex-British Guyana were aged in casks freighted to England, where the climate is cold and damp."

Samaroli Caribbean Rum 2003 is a blend of rums produced in Guatemala, Nicaragua, Panama, Venezuela and Cuba, the latter being the most dominant. After selecting the casks of rum, Samaroli transported them to Scotland, where they are aged for eight years. The frigid winters of Scotland, which are followed by mild summers, are "ideal" for the maturation of rum, says Samaroli, and allow the rum to be matured longer without the notes of wood overpowering the flavor of the rum. Once the rums reached their peak maturity, Samaroli blended and bottled the casks, which produced only 648 bottles of rum.

Mature but lively flavor, with notes of vanilla, brown sugar and nutmeg that are complemented by a subtle nutty undertone.