Size750mL Proof80 (40% ABV)
At the very top of Bacardi's premium Facundo range is the Paraiso expression. It's a blend of their finest liquids aged between 15 and 23 years. Finished in French XO cognac barrels, it's a delight for the senses. 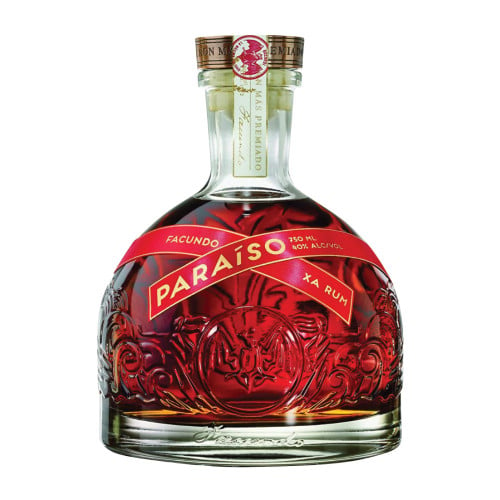 The premium Facundo line of rum is named after the brand's founder and has Bacardi reaching into the company's private rum reserve for its four sippers. Sitting atop the range is the Paraiso XA expression, a blend of their very best liquids. The rums inside are aged between 15 and 23 years, and the blend is finished in barrels that used to hold XO cognac. The result is a rich, delicate, elegant, and restrained drink that is bound to please even the most demanding rum afficionados.

It's a rich, delicate, and elegant profile with fruit and spice on the nose. There's vanilla, bananas, herbs, and cinnamon. There's a pleasant sweetness on the palate, bringing notes of caramel, dried fruit, raisins, tropical fruit, as well as cinnamon and ginger. Finishes long and rich with lingering notes of dried fruit and orange zest.