Size750mL Proof100 (50% ABV)
This whiskey is a blend of 3 American and Canadian rye whiskeys with different mash bills and age statements. The beautifully balanced blend is finished in rum casks, resulting in a complex 100-proof spirit.
Notify me when this product is back in stock. 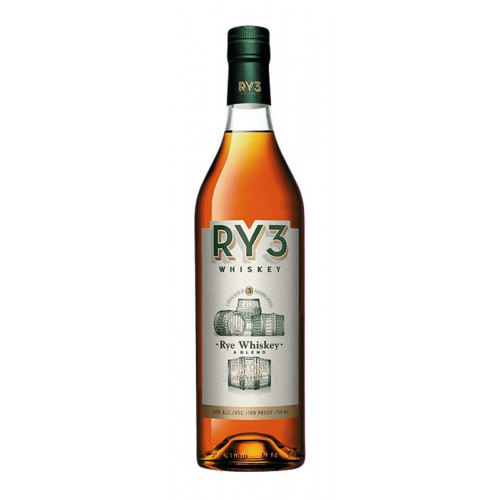 Having grown up in India, Karthik Sudhir has plenty of memories of bonding with his family and friends over Kingfisher beer. Drawing inspiration from those times, he founded Phenomenal Spirits in Laguna Beach, California in 2017. But it was a long way to the launch of the company. The journey had the former software developer take countless distillation courses, acquiring several certifications, and ― most importantly ― amassing a wealth of knowledge and experience that would serve as the foundation for the operation. Today, the blending house that is Phenomenal Spirits is located in Virginia Beach, VA.

Being a rum aficionado, he figured that the spirit had plenty of room for growth and was overdue for a huge wave of popularity. Thus he set his sights on creating his very own super-premium sipper. With the help of his master blender, they concocted a blend with a strong oaky and woody foundation, plenty of congeners, and fruit notes. It took 29 iterations until they arrived at the perfect rum ― the Ron Izalco. Crafted with Central American rum, it's named after the Izalco volcano, also known as the "Lighthouse of the Pacific". Its volcanic soil helps produce some of the finest sugar cane in the world, making it the perfect representation of the freshly-launched brand.

After the success of the 2 Ron Izalco expressions, Phenomenal Spirits opted for something different yet familiar in 2020 with the help of Master Blender Matt Witzig, formerly of Joseph A. Magnus. The Ry3 Whiskey is a blend of 3 hand-picked mash bills (American and Canadian rye), 3 distillates, 3 whiskeys, all with different age statements. After being meticulously blended, they were finished in vintage rum casks, imparting the wonderfully balanced 100-proof rye whiskey with complex notes.

Grab a bottle of this unique rye whiskey today!

This well-balanced expression is complex with a smooth rye backbone and plenty of rum cask notes. Rye spice, caramel, citrus, and coffee greet the nose, while the palate has intense spice, dark chocolate, tobacco, vanilla, and fruit notes. The notes linger on the finish.