Size750mL Proof93 (46.5% ABV)
Tommy Bahama Rye Whisky is a spicy and bold mix of rye grain spirit and light/dark rums which gives it its rich and smooth finish.
Notify me when this product is back in stock. 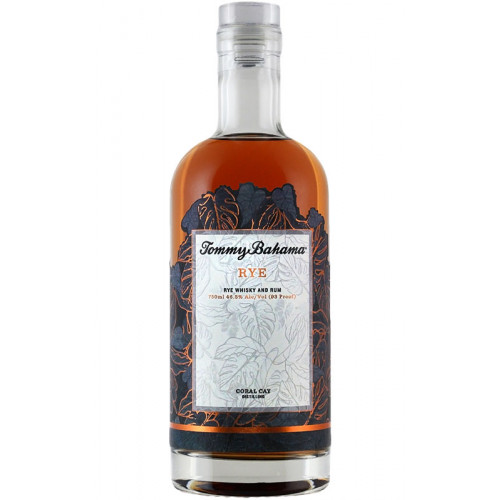 Tommy Bahama Rye Whisky starts as a high rye mash bill that is aged in American oak before merging with a 22% blend of light and heavy rum and finished in new charred American oak barrels.

Rye whisky with rich, smooth, and complex character. Despite the 93-proof kick, it will surprise you with a pleasant aroma. On the palate, you will savor its unique peppery taste as it lingers on your tongue from front to back.

The winner of a gold medal at the John Barleycorn awards in 2020 and silver at the 2021 Sip Awards also took bronze at the 2021 San Francisco World Spirits Competition.

Tommy Bahama's Rye adds a spicy kick to any cocktail.

Rye whisky, with its full-bodied aroma and spicy finish. Its unique peppery taste lingers on your tongue, from front to back.