Size750mL Proof84 (42% ABV)
This whiskey is in honor of Cornelius Van Brunt, one of the founding fathers of Brooklyn. Made from 100% rye mash.
Notify me when this product is back in stock. 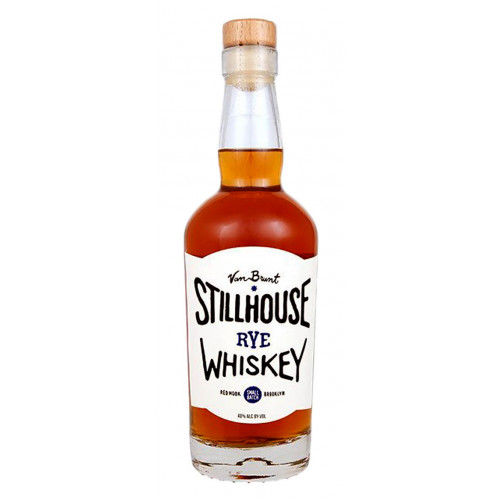 During the 17th century, Cornelius Van Brunt — one of the founding fathers of Brooklyn — farmed land alongside the banks of Gowanus Creek, while helping forge the eclectic society that became Brooklyn. In the 1800s, as the population of New York mushroomed and its waterways became major hubs for maritime travel, the Brooklyn waterfront became home to some gin, rum, and whiskey distilleries.

Prohibition forced the distillery to close, and it wasn’t until the new 21st century that distillation resumed. Opened in 2012 Van Brunt Stillhouse honors the pioneering spirit of Cornelius Van Brunt, one of the founding fathers of the area. Founded by Daric Schlesselman who first began producing by producing the first Rum from Brooklyn since the Prohibition era. Soon after releasing the rum, the brand began producing other spirits such as Grappa and other grain distillates. Daric, a former editor at The Daily Show, left behind the world of television and followed his dreams of reincarnating the of Spirits of the past.

Van Brunt Stillhouse honors distillation as it once was in Brooklyn. Van Brunt Stillhouse Rye Whiskey is made from a 100% rye mash, sourced from the farms of New York, and distilled in Red Hook Brooklyn. This rye is aged in medium-sized barrels, giving the spirit a vibrant flavor profile.

Van Brunt Stillhouse Rye Whiskey is made from 100% rye mash-bill. Rye is sourced from the farms within the state of New York then distilled in Red Hook, Brooklyn and aged in medium-sized barrels that give this Spirit a great vivid and lively palate. A great showcase of a young artisanal rye bottled at 42% ABV.

Oak and smoke on the nose. Ok and corn with some cardamom, apricots, rye spice, green wood and herbs on the palate. The finish is long and dry, with toasty oak tannins.