This product is available in: CA, MN, ND, WA Unfortunately, we can't ship to PO Boxes and APO addresses.

This product is available in: CA, MN, ND, WA Unfortunately, we can't ship to PO Boxes and APO addresses. 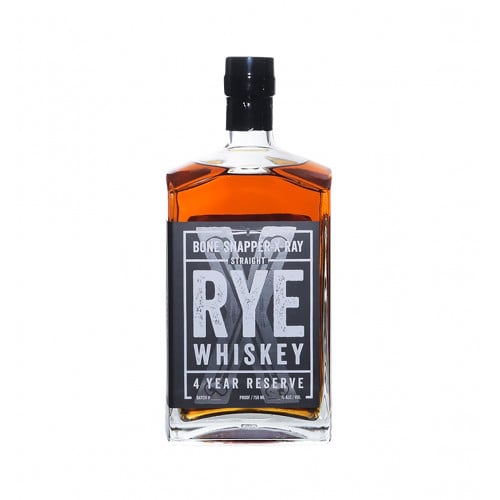 Referred to by some as the “backbone” of the United States, the Midwest often conjures images of highly-skilled, industrious people whose hard work in fields and factories contributes immensely to the prosperity of our nation. For many such Americans, a glass of bourbon has long been the reward for a tough day spent working in those fields and factories, and Backbone Bourbon Company was established to create big, bold flavors deserving of our attention at the end of a long day.

This Bone Snapper X Ray 4YO rye is produced by Backbone Bourbon Co. Distilled from a 95% rye and 5% malt mash bill, this rye is crafted in small batches and aged for four years in Bardstown, KY. Nonchill filtered, Bone Snapper ryes are bold and uncut, bottled at a higher proof than most ryes. Bottled at 110 proof, this rye is bold, rich, and smooth.

On the nose are baking spices with highlights of cinnamon, dried fruit, refreshing pine and oak tannins. The palate is full, rich and smooth with vanilla, honey, caramel, charred oak and sugar, and peppery notes. The finish is warming and spiced.