Size750mL Proof111 (55.5% ABV)
This blend of Salvadorean and Jamaican rum is cold-infused with whole coffee beans from the El Ciprés region of El Salvador. This way the fruity, dry, and earthy rum is enriched by chocolate, cherry, and honey notes.
Notify me when this product is back in stock. 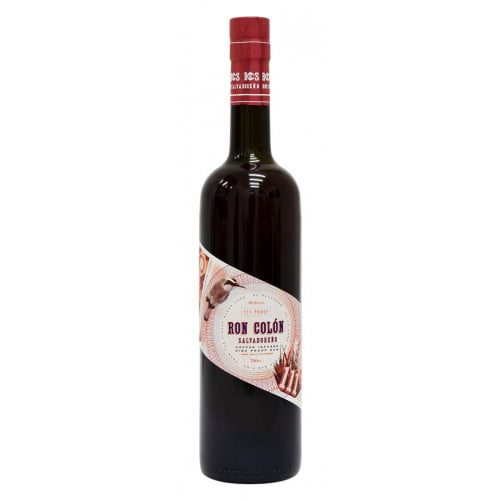 The rum is a blend of 70% 6-year-old column-still Salvadorean rum, 15% unaged Jamaican pot-still rum, and 15% 3-year-old Jamaican rum. It's made with local sugar cane and aged in white oak ex-bourbon barrels. The Coffee Infused expression takes the Aged Rum and macerates it with whole coffee beans from the El Ciprés region, where they are grown in volcanic soil at an altitude of 1700m. The maceration takes 48 hours, which allows the rich flavor to transfer to the liquid. This process is cut off just before bitter notes would start forming.

There are toasted almonds on the nose, which are balanced by a fruity sweetness with dark fruit notes and vanilla. Dark chocolate makes an entry on the palate along with dried plums. It's rich, nutty, and warming, with a hint of bitterness that is balanced by banana and tropical notes.