Size750mL Proof81 (40.5% ABV)
Bottled at 81 proof, this rum is a blend of 6YO Salvadorean column-still rum, unaged, and 3YO Jamaican pot-still rum. Medium-roast whole coffee beans are then macerated in the spirit, imparting it with cherry, chocolate, and honey flavors. 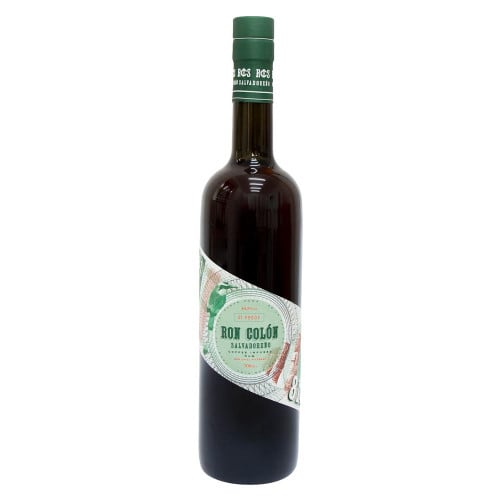 The rum is a blend of 6-year-old column-still Salvadorean rum (Licorera Cihuatán distillery), unaged Jamaican pot-still rum (Worthy Park, Hampden, and Monymusk distilleries), and 3-year-old Jamaican rum (Worthy Park). It's made with local sugar cane. The Coffee Infused expression takes the Aged Dark Rum and macerates it with medium-roast whole bourbon coffee beans from the El Ciprés region, where they are grown in volcanic soil at an altitude of 1700m. The maceration takes 48 hours, which allows the rich flavor to transfer to the liquid, giving the rum cherry, chocolate, and honey flavors. The spirit is non-chill filtered in order for the coffee oils to remain intact. The Green Label is the lower-proof version of the Red Label.

Coffee immediately jumps out on the nose, followed by some toasted spices, nutmeg. A sweetness is also present with vanilla and honey notes. Toasted coffee beans and milk chocolate are on the palate, along with a fruitiness in the form of pineapple and banana.