Size750mL Proof80 (40% ABV)
The tropical rainfall, humid days and breezy nights of Panama add character and flavor to this rum, which is aged for 7 years.
Notify me when this product is back in stock. 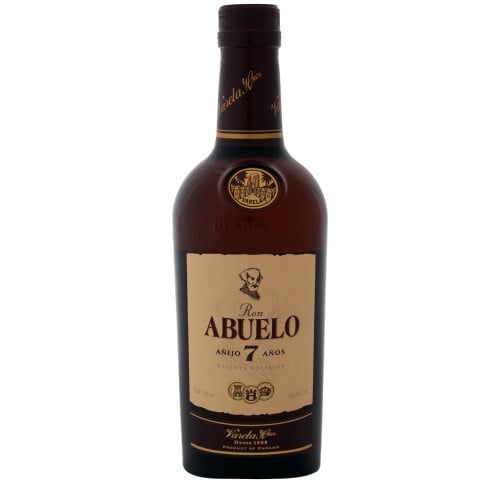 In 1908, Don Jose Varela Blanco, a young Spanish entrepreneur, opened the first sugar mill in Pesé just five years after Panama seceded from Colombia. With the encouragement and help of his three eldest sons, he began distilling spirits in 1936 in the same town where it all began. Today, Luis J. Varela, Jr. is the third generation of the Varela family running the company. "Our brand is the expression of our long and passionate quest to produce the finest aged rum in the world," Varela says.

While rum is aged across different regions of the world, the rum distilled in Pesé is uniquely flavorful due to the climate in Panama. The tropical rainfall, humid days and breezy nights add character and personality to the development of the rum. In addition, the Varela family controls the entire rum-making process from grain to glass — they grow, hand-pick and hand-harvest their own sugar cane, distill it into rum and age it in used, bourbon white oak casks in Pesé. Their commitment to making the finest rum in the world earned them a gold medal at the 2009 Ministry of Rum Tasting Competition and a double gold medal at the 2010 San Francisco World Spirits Competition.

Distilled in a four-column still and aged for a minimum of seven years, Ron Abuelo Anejo 7 Años has a nose of toffee and butterscotch and notes of vanilla, nutmeg, cinnamon and oak. "Abuelo means grandfather in Spanish, and the old man image on our labels reflects the essence of this brand: heritage and tradition," says Varela Jr.

Pick up your bottle of Abuelo Rum today!

With a golden amber color, this rum delivers a nose of toffee and fresh cane. The taste has notes of caramel, citrus and nutmeg.