Size750mL Proof100 (50% ABV)
This whiskey is crafted with 5 high-rye mash bills from Ross & Squibb Distillery, ranging from 13 to 16 years of age. This makes the 100-proof expression the oldest in the premium Repeal Reserve series.
Notify me when this product is back in stock.

Caskers Rewards Caskers Rewards members earn up to 28 store points back when buying this bottle. Learn more
Out of stock
Skip to the end of the images gallery 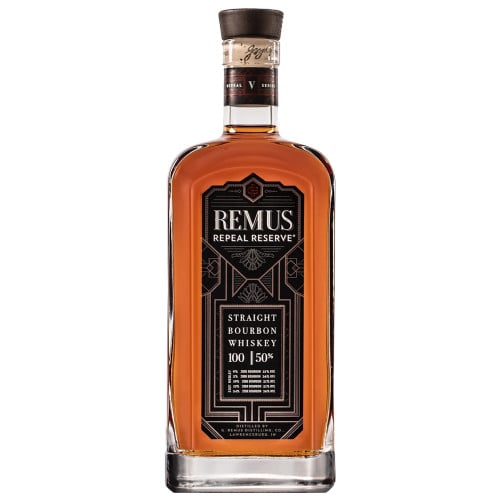 George Remus bourbon is made in honor of the King of the Bootleggers. It's also Luxco's house brand, meaning that it's the perfect way to showcase the juices that have become so well-regarded. The Repeal Reserve series features its premium offerings and has seen 4 delicious releases. The fifth is a 100-proof expression that is crafted with 5 well-aged high-rye juices ranging from 13 to 16 years ― a significant age bump from previous iterations.

Grab one of these very special bottles today!

The nose has inviting aromas of orange zest, a nuttiness, chocolate notes, plenty of rye spice, and charred oak. On the palate, you'll find spice, caramel, citrus, and a touch of freshly-mowed hay. The finish has a pleasantly lingering sweetness and peppery spice.