Learn more
Size750mL Proof100 (50% ABV) *Please note that the ABV of this bottle may vary
This bottled-in-bond rye whiskey expression is the only non-bourbon in the Ragged Branch lineup. Crafted with a mash bill of 83% rye and 17% malted barley, it's a bold, sweet, and spicy whiskey.
Notify me when this product is back in stock. 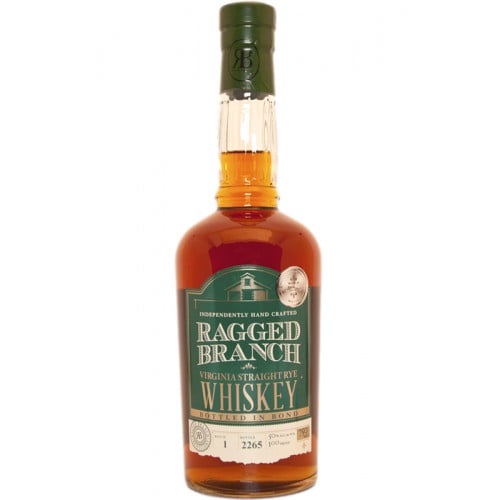 The spirits are then aged for varying amounts of time in new charred American oak barrels in their barrel barn, before it is cut to proof and bottled on-site. Farm-to-bottle and combining tradition with modern processes ― this makes Ragged Branch the award-winning independent distiller that it is. The Straight Rye Whiskey is the only rye whiskey expression in their lineup. It's crafted with a mash bill of 83% rye and 17% malted barley, it's a bold and spicy whiskey that offers a unique contrast to their lineup of bourbons with notes of dried fruit, almond, and tobacco. Being a bottled-in-bond expression, it's 100 proof.