Learn more
Size750mL Proof84 (42% ABV) *Please note that the ABV of this bottle may vary
Plantation Trinidad 2005 is a fresh and floral rum from the brand’s Vintage line. This expression was aged 11 years in Bourbon casks in Trinidad, followed by 2–3 years of continental maturation in Ferrand casks. This fruity and floral rum is perfect as an after dinner drink.
Notify me when this product is back in stock. 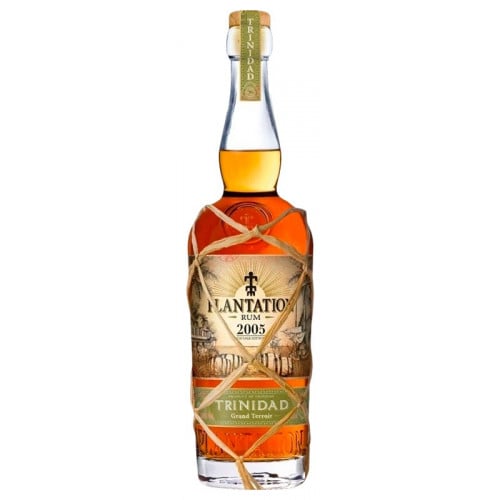 Plantation Trinidad 2005 is a fresh and floral rum, perfect as an after diner drink. It is part of the brand’s Vintage line of very limited editions that celebrate legendary distillers and rare vintages. This expression was distilled in 2005 in a four column still at Trinidad Distillers, and aged 11 years in Bourbon cask in Trinidad, followed by 2–3 years of continental maturation in Ferrand casks.

Citrus fruit on the nose is layered with peach and mango, followed by honey and nutmeg, and lightly woody and peppery notes. Fruit notes rise on the palate, creating an explosion of lemon and pear, complemented by toasted almond, popcorn and paprika. The finish is intense, spicy and woody.