This product is available in: RI, WA Unfortunately, we can't ship to PO Boxes and APO addresses.

Size750mL Proof118 (69% ABV)
Plantation O.F.T.D. Rum is Plantation’s take on the classic style of overproof rums. This delicious blend of Guyana, Jamaica and Barbados rums, bottled at 69% ABV, is the perfect choice for your tiki drinks and cocktails.
Notify me when this product is back in stock.

This product is available in: RI, WA Unfortunately, we can't ship to PO Boxes and APO addresses. 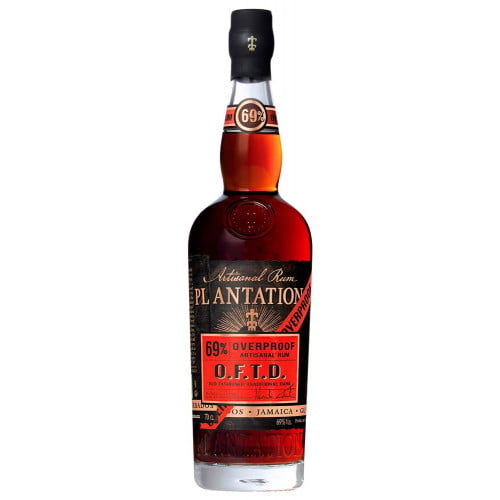 Plantation O.F.T.D. Rum is Plantation’s take on the classic style of overproof rums. To get the taste and the proof just right, Gabriel scoured rum joints around the world, creating a delicious blend of Guyana, Jamaica and Barbados rums. O.F.T.D., which stands for Old Fashioned Traditional Dark, is bottled at 69% ABV.

The nose is intense, with aromas of coffee, orange, plum, jam and truffles. The palate bursts with caramel cream, chocolate and vanilla notes, and continues with cinnamon, raisins, nutmeg, oak and molasses with smoky accents. The finish is long and lingering, with dark chocolate, clove and caramel.