Size750mL Proof70 (35% ABV)
Deadhead Dark Chocolate Rum is a premium sipping rum, inspired by ancient recipes used by Mayan and Aztec Emperors. Aged rum for this scrumptious award-winning expression is infused with decadently dark, slow roasted cacao.
Notify me when this product is back in stock. 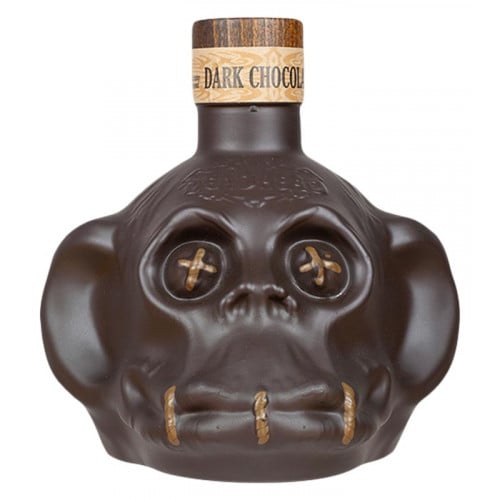 The team behind Deadhead Rum believes in celebrating the history less studied. Shrunken heads symbolize this exotic and unusual past, paying tribute to the Shuar, who were known to collect the shrunken heads (tsantsas) of their vanquished foes as trophies, believing that the soul remained within. The Deadhead rum is more than a spirit — it is art and science; it represents history and culture. Deadhead rum is produced by the family-owned Rones de México distillery, which has been producing exceptional rums and spirits in Tapachula, Chiapas since 1948. The Mexican state of Chiapas is known for its lush sugar cane plantations and famous for its outstanding rums. The tropical climate of the area is ideal for growing sugarcane, which the distillery turns into a Cuban-style rum.

Deadhead rum is an amalgamation of great raw materials and a delicate process, deeply rooted in tradition and reflecting the heritage of its native land. The brand makes its rum from fresh cane juice and molasses, aging each distillate in different carefully selected casks before meticulously blending them into its perfectly balanced and complex expressions.

Deadhead Dark Chocolate Rum was inspired by ancient recipes used by Mayan and Aztec Emperors. The Aztecs and the Maya believed that chocolate is a gift from the god, and there is something divine about this chocolate infused aged rum. The rum for this expression is distilled from sugar cane juice and molasses, and matured in casks for 5 years. This rich and full-bodied rum is then infused with locally sourced, decadently dark, slow roasted Cacao, enhancing the natural qualities of the aged rum, and allowing the chocolate and rum to exist in perfect balance. The scrumptious drink is then bottled in the brand’s signature shrunken head bottle, which is shaped as a monkey head for this expression.

The nose has coffee and butterscotch notes, with restrained aromas of dark chocolate. Chocolate comes to the forefront on the palate, layered with a back note of Bing cherry and cream soda.