Size750mL Proof114 (57% ABV)
Perry’s Tot is the first navy strength gin produced in the US in over a century. This wonderfully smooth gin is made using 10 botanicals and delivers a stellar performance on its own or mixed in cocktails.
Notify me when this product is back in stock. 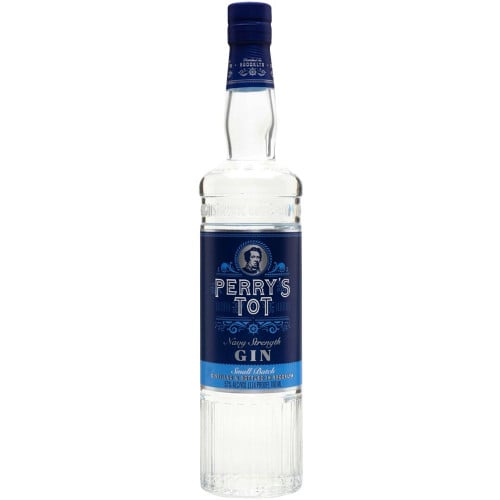 Perry’s Tot is a navy strength gin named after Matthew Calbraith Perry, who served as a Commandant of the Brooklyn Navy Yard in the 1840s. Navy strength means that if this 57% ABV American gin was accidentally spilled over some gunpowder, the gunpowder would still ignite. The first navy strength gin produced in the US in over a century is made using 10 botanicals – juniper berries, lemon peel, orange peel, grapefruit peel, coriander, angelica root, cardamom pods, sweet cinnamon, star anise and wildflower honey, which are sourced locally and from across the globe.

The nose is rather traditional with juniper, supported by floral and earthy notes from the honey. Juniper is joined by light citrus on the palate, and the finish is again floral and earthy.