Size750mL Proof30 (15.5% ABV)
The temperamental Zinfandel is at the core of this blend, with Syrah, Petite Sirah, and Grenache contributing complexity and nuance to this rich red that was aged for 8 months in French and American oak barrels.
Notify me when this product is back in stock. 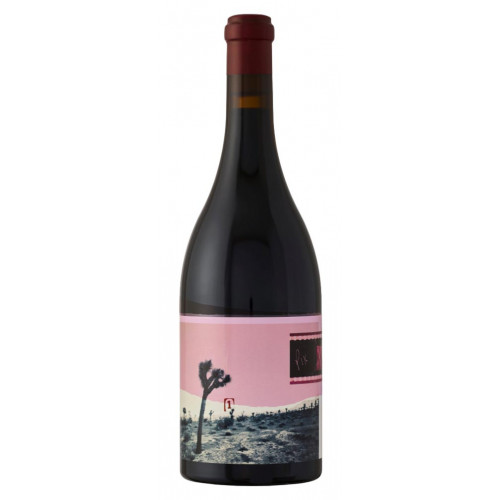 Orin Swift Cellars was founded in 1998 by a 25-year-old David Swift Phinney. After spending a semester in Florence, Italy, he was introduced to wine and its production, instantly becoming fascinated with the process. He started working at the Robert Mondavi Winery in 1997 but soon decided he would rather pour all the hard work into his own venture. Naming the operation after his father's middle name and his mother's maiden name, Orin Swift Cellars was born.

When Phinney bought his first two tonnes of Zinfandel, he couldn't get it right and ended up selling the wine in bulk. His greatest early success came in 2000 with The Prisoner, which instantly took off. He sold The Prisoner brand in 2008 to focus on Orin Swift. Today their main focus is on Rhône-style blends, Napa Cabernets, and old vine Grenache. The grapes come from more than 100 vineyards all over California. The success of his bold wines owes in part to the quirky, unique labels as well.

8 Years in the Desert is named after the first short story from Phinney's book. It's a blend of Zinfandel, Syrah, Petite Syrah, and Grenache that is aged for 8 months in French and American oak barrels, 37% of which are new. It's sourced from famed vineyards such as Monte Rosso, Bismark, Korte, and Frei Ranch. There are going to be 8 vintages of this wine in total, each with a different label in the signature style of the brand.

The nose leads the charge with raspberry, blackberry, dark plum preserves, as well as some black pepper and cloves. The rich palate has blueberry, black cherry, as well as some herbal notes of thyme, savory, and tarragon. Finishes long with ripe tannins, and hints of ash and black tea.