Size750mL Proof80 (40% ABV)
Aged for 10 years, this rum survived Hurricane Katrina and is a reflection of New Orleans culture and heritage.
Notify me when this product is back in stock. 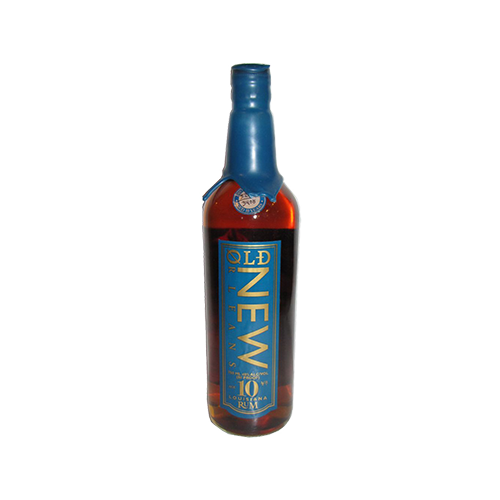 When the French first took control of the Louisiana Territory in 1699, they did so in the hopes of finding precious metals or growing the same cash crops (namely, cotton and tobacco) that much of British colonies in North America were already harvesting. Finding no gold or silver, however, they quickly realized the climate and soil in the Mississippi River Delta was perfect for the production of sugar cane. Since that time, blackstrap — the dark molasses that remains after extracting sugar from sugar cane — has been used to distill rum throughout southern Louisiana.

Celebration Distillation, which is situated in an old cotton warehouse in the Gentilly region of New Orleans, is one of the oldest premium rum distilleries in the United States, and continues this Cajun tradition.

Celebration Distillation rums are produced only from natural cane juices, which are extracted from sweet, flavorful sugar cane. The juices are diluted to a determined brix (brix is the measure of dissolved solids in a solution), and then distilled through a custom-made pot and column still. "Most people either use one or the other," says Ben Gersh, the managing director at Celebration Distillation, referring to his combination still. "Many distillers also add the rum flavors at the end, but my secret is the process. Everything is done by hand, the traditional way."

In September 2005, Celebration Distillation suffered the full force of Hurricane Katrina. Gersh and his crew returned to see their distillery flooded with water eight feet high — level with Lake Pontchartrain — and their casks of rum scattered, bobbing up and down. When the U.S. Environmental Protection Agency began testing the casks to ensure quality and safety, the crew discovered 17 lost barrels of rum, which were floating among the debris. The rum in these casks, which was distilled through Celebration's unique combination still and then matured unfiltered in hand-selected American oak barrels for 10 years, was blended together in order to create Old New Orleans 10 Year Old Rum.

Old New Orleans 10 Year Old Rum has a light and fruity aroma, with hints of caramel, black pepper and nutmeg. The notes of fruit, cedar, allspice and caramel lead to touches of ripe bananas and a smooth, smoky finish.

Generally available only in New Orleans, each bottle of this unique rum is hand-labeled and hand-numbered. Pick up a taste of the Big Easy today!

Light and fruity aroma, with the hints of caramel, black pepper and nutmeg. Notes of fruit, cedar, allspice and caramel lead to touches of ripe bananas and and lead to a smooth, smoky finish.