In October 1910, a fire caused the bottling line to be shut down for an indefinite period of time. This whisky was stored in new, charred oak containers to rest until the line could be repaired. The result this unfortunate event created something entirely unique: an expression of Old Forester that has undergone a second barreling in a lightly toasted, heavily charred barrel. Old Forester 1910 Old Fine Whisky is presented at 93 proof.

Interlaced layers of buttercream, sticky toffee, cedar, and apricot. The palate is smooth, and well rounded, a mingling of sweet oatmeal raisin cookie and milk chocolate leading into caramel corn and evolving spice. The finish delivers notes of charred oak leading with a clean peripheral spice. 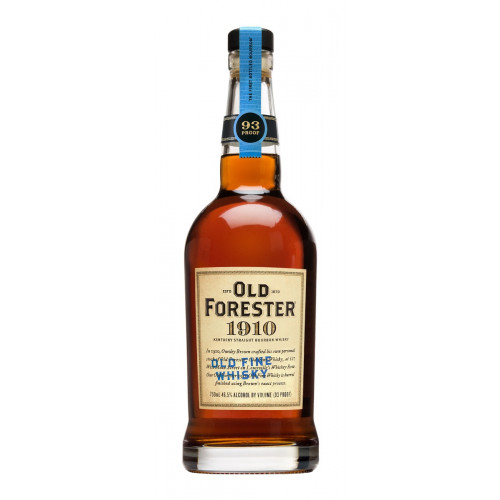