We're showing you items that ship to TN.

Size750mL Proof117 (58.5% ABV)
This bold Barrel Strength Kentucky straight bourbon is aged in new, charred white oak barrels for seven years before bottled at a high octane 117 proof. Seven just became your lucky number.
Notify me when this product is back in stock. 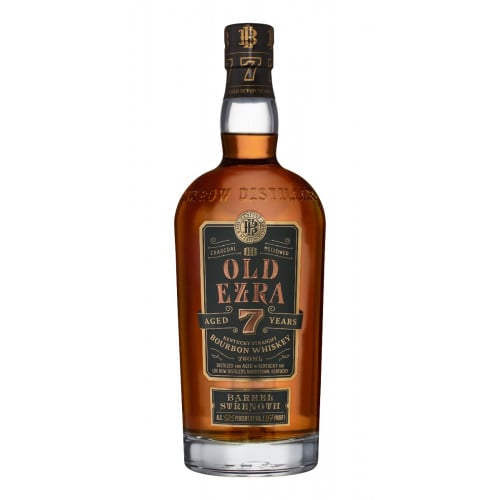 The Old Ezra brand is owned by St. Louis, Missouri-based, family-owned Luxco. The bourbon is currently distilled by Lux Row Distillers, made using a seven generations old recipe. Their Kentucky straight bourbon is distilled from a base of sour mash and charcoal filtered following distillation. The spirit is then aged for seven years in new, charred white oak barrels.

The casks contribute a medium-full body to the bourbon and provide it with hints of oak, caramel, honey, chocolate, and orange zest. This Ezra Brooks Barrel Strength is bottled at a high octane 117 proof. You can expect spicy notes bourbon notes, sweetness and a touch of heat on the tongue.