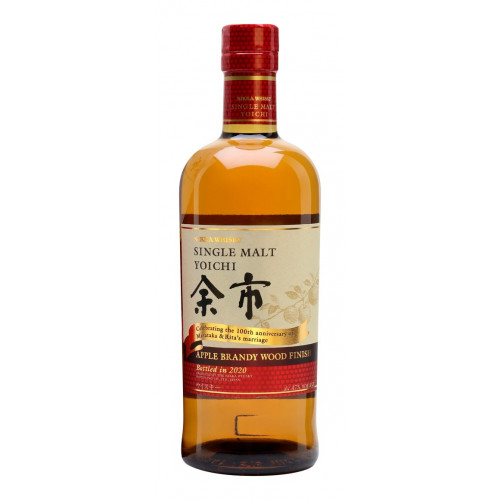 Masataka Taketsuru, the father of Japanese whisky, studied the art of whisky at major distilleries in Scotland while attending chemistry courses at Glasgow University after World War I. Coming from a family of sake brewers, he became the first Japanese to master the art of whisky. Upon returning to Japan with his wife Rita, Masataka spent 10 years producing Japan’s first genuine whisky at Kotobukiya Limited.

In 1934, Taketsuru decided to venture on his own and build his first independent distillery in the north of Japan in Yoichi, Hokkaido, where the climate was reminiscent of Scotland with its cool temperatures and humidity – this is how Nikka Whisky was born. Two years later, Masataka designed his first pot still, produced in Japan, and the production of Nikka Whisky began. The first whisky bottle came into existence in 1940.

In 1960, the demand for Nikka Whisky was surging and another location in Japan was needed to open a second distillery. Finally, Masataka settled on a wide forest valley at the junction of the Hirosegawa and Nikkawagawa rivers. Like in Yoichi, the localized humidity from the rivers and surrounding hills, together with the quality of water from Nikkawagawa River, created the perfect location for a second distillery, which he named Miyagikyo.

In 2020, Nikka released two single malts to celebrate the 100th wedding anniversary of Taketsuru and his wife Rita who married in Glasgow in 1920. At Nikka's beginnings, it was apple products that kept the distillery afloat while waiting for the whisky to mature. Nikka Yoichi Apple Brandy Wood Finish 2020 Edition was distilled at the Yoichi distillery. Aged in new American oak and sherry casks, it was finished in apple brandy casks for 6 months. Bottled at 94 proof, this is a sweet expression with notes of apples enhancing the pear and gentle peaty notes.

Pale yellow color. A warm, fruity and floral nose. The palate has a light body. It’s sweet with notes of apple, fresh pear and honeydew dancing with subtle peaty elements. The finish is smooth and medium long.