Learn more
Size750mL Proof86 (43% ABV) *Please note that the ABV of this bottle may vary
A premium Japanese whisky blend of grain whisky from Chita distillery and malt whiskies from Yamazaki and Hakushu distilleries, all owned by Suntory. Bottled at 86 proof, this well-rounded and delicate dram showcases the best of Japan's whisky blends.
Notify me when this product is back in stock. 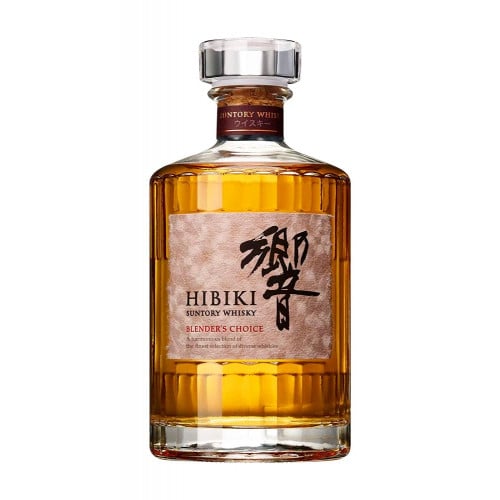 Originally limited to Japan’s on-premise market and released in 2018 under the Hibiki brand of blended whisky brand owned by Suntory, Hibiki Blender’s Choice is a blend of grain whisky from their Chita distillery and malt whisky from their Yamazaki and Hakushu distilleries. Wine-cask aged whiskies are included in thus harmonious blend, bringing sherried flavors of dried fruit and a touch of red wine to the balanced and delicate palate. Bottled at 86 proof, this premium Japanese blend whisky is a wonderful addition to the Hibiki range.

The nose greets with fruity and floral notes with a touch of spice. The palate delivers sweet sherried notes of dried fruit, vanilla and a hint of red wine. It's well-rounded and delicate. The finish is surprisingly long and lingering.