Size750mL Proof111 (55.5% ABV)
Only 2,109 bottles of this exquisite peated single malt were produced at the Chichibu distillery in Japan. The whisky matured in a combination of ex-bourbon, ex-chibidaru, and sherry butts & hogsheads for 5 years before being bottled at 111 proof.
Notify me when this product is back in stock. 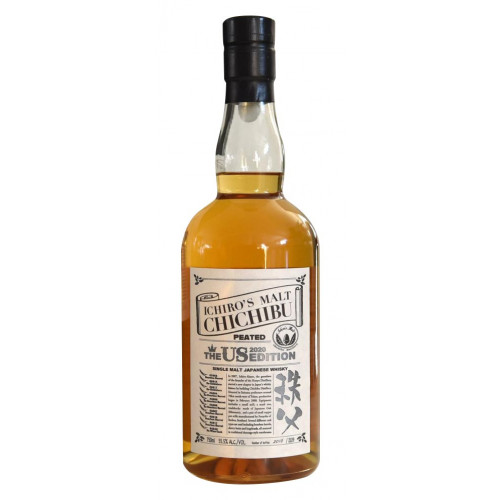 About Ichiro's Malt Chichibu The US 2020 Edition Japanese Whisky

Ichiro's Malt Chichibu The US 2020 Edition is matured in a combination of casks including ex-bourbon, ex-chibidaru, and sherry butts & hogsheads. The peated whisky was matured patiently for 5 years in dunnage-style warehouses and is bottled at 111 proof.

Get one of only 2,109 bottles of this whisky today!

Expect a fruity and sweet nose with cherries, caramel, peat, and a touch of cereal. It's equally fruity on the palate with dark fruit notes, vanilla, oak, mint, and a touch of spice, culminating in a satisfyingly smooth finish with lingerinig smoke.