Learn more
Size750mL Proof103 (51.5% ABV) - may vary
Aged for five years in first fill bourbon casks, this rum was solera aged for an additional decade in Oloroso Sherry casks.
Notify me when this product is back in stock. 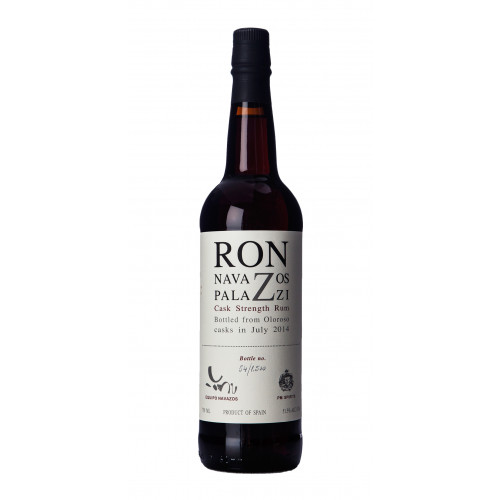 Sugarcane traces its history back to the Indus Valley, where it was originally cultivated nearly 5,000 years ago. In the late fifteenth century, Christopher Columbus introduced sugarcane to the Caribbean islands, originally planting it on the island of Hispaniola (now home to the Dominican Republic and Haiti). The region's unique tropical climate — the Caribbean islands enjoy generous amounts of sunshine and rain, along with a warm, moist tradewind — made it ideal for the production and exportation of the crop. Since that time, molasses — the byproduct of refining cane sugar — has been used by Caribbean farmers to distill rum.

In the 1990s, a distillery situated in the Caribbean began bartering with a winery situated in Spain. In return for a few hundred Oloroso Sherry casks from the winery, the distillery agreed to ship to the winery a few dozen casks of a maturing rum. The rum that was selected was a rum distilled exclusively from Caribbean molasses, and had been maturing in first fill bourbon casks for just over five years.

When the rum arrived in Jerez, Spain, the winery slowly emptied the bourbon casks and carefully poured the rum into a solera composed of used Oloroso Sherry casks. Solera aging, a process that has generally been reserved for aging cognacs, ports and sherries, involves filling a series of casks at different intervals over a long period of time. As rum from the oldest cask is emptied and bottled, the cask is re-filled with an equivalent amount of rum from the second-oldest cask in the solera. This cascading effect continues until the youngest cask in the solera is filled with new rum. As a result, no cask in the solera is ever fully emptied. In addition, as the younger rum cascades through the solera, its average age and complexity gradually increases over time.

Ron Navazos Palazzi Cask Strength Rum matured for just over five years under the intense Caribbean sun and spent an additional ten years cascading through the the solera method. In July 2013, it was bottled at cask strength by Equipo Navazos and Nicolas Palazzi, a pair of independent bottlers.

The rum has a layered aroma, with notes of leather, tobacco and dates that give way to touches of raisins, figs and brown sugar. Notes of smooth caramel, sweet molasses, vanilla and toffee dominate the palate, and lead to an elegant and lingering finish, with touches of chocolate, coffee and creamy vanilla.

This is one of the most remarkable rums we have ever featured on Caskers.

Layered aroma, with notes of leather, tobacco and dates that give way to touches of raisins, figs and brown sugar. Notes of smooth caramel, sweet molasses, vanilla and toffee dominate the palate, and lead to an elegant and lingering finish, with touches of chocolate, coffee and creamy vanilla.