Learn more
Size750mL Proof100 (50% ABV)
This vintage-inspired WWI era spirit was originally created as an alternative for absinthe.
Notify me when this product is back in stock.

This product is available in: CA, IL, MO, TN, WA Unfortunately, we can't ship to PO Boxes and APO addresses. 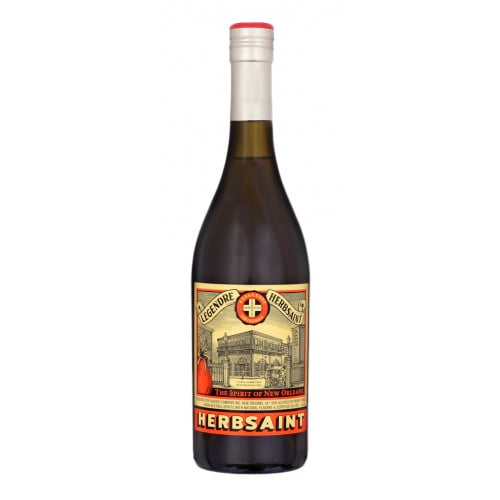 Herbsaint started out as an anise-flavored liqueur initially created to be an absinthe-substitute in New Orleans Louisiana in 1934. Created by J. Marion Legendre and Reginald Parker, the duo learned to make absinthe in France during WWI. Originally produced under the name “Legendre Absinthe,” the brand is now produced by Sazerac.

The spirit was introduced just after Prohibition had ended, and was designed to mimic absinth, which was banned in 1912. Herbsaint was never considered absinthe, as it did not contain wormwood, absinthe’s signature ingredient. The Federal Alcohol Control Administration also opposed Legendre's use of the word “absinthe,” and the name was changed to "Legendre Herbsaint,” French Creole for "Herbe Sainte" (Sacred Herb), the Artemisia absinthium.

Legendre Herbsaint is the vintage-styled Herbsaint, inspired by the World War I era spirit, it has more floral, herbaceous qualities. It is cut to a bold 100 proof and bottled.

Strong on the nose with floral and herbaceous elements. The nose echoes the palate with vintage absinthe flavors, and star anise. The finish is sharp and crisp.